Did ISIS “hijack” the Arab Spring? 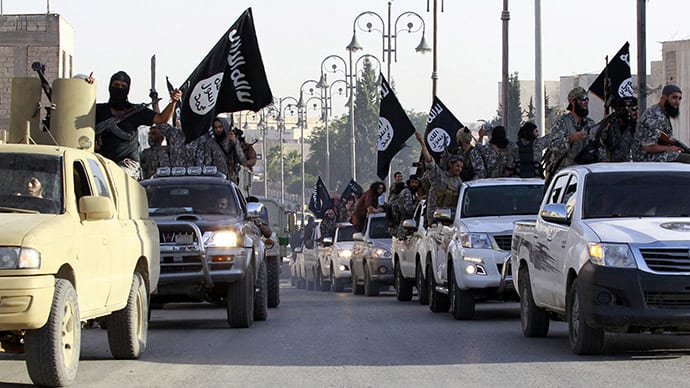 Across the Middle East, ISIS emerged out of the ashes of failed aspirations. The Arab Spring promised so much and, in the end, delivered relatively little. Hopes for democracy, freedom and economic opportunities were replaced by chaos and lawlessness in some countries.

The derailment of the Arab Spring to some extent created a space for radical groups and ideologies, such as ISIS, to exploit. To other extents, this derailment was caused by such radical groups. But where did it all go wrong?

One by one, as autocrats fell, so did the already weak state institutions. Some countries descended into civil war, others witnessed the resurgence of autocratic rulers and a return to the pre-Arab Spring status quo, such as in Egypt. More crucially, many of the grievances that led to the revolutions were never addressed.

All the while we reassure ourselves that regime change takes a while to settle.

ISIS gained a foothold in all but two of the countries where the Arab Spring principally occurred; however, only Bahrain remained immune from the group’s presence, as Tunisia remained the location of several ISIS-linked attacks, alongside a number of foiled plots.

While ISIS’ roots can be traced to pre-invasion Iraq, it flourished in Syria following the breakdown of the state; eventually building an Islamic caliphate across large swaths of both countries. The post-Arab Spring environment created a conducive audience for ISIS’ utopian (or dystopian) ideology.

The group became a magnet for disaffected and disillusioned youth across the region. The disappointment that arose from stifled hopes and the lack of any real change after the revolution created a new generation ripe for radicalisation.

The group exploited not just a physical vacuum, but also an ideological one; providing a sense of meaning and a misaligned promise of a return to the Golden Age of Islam. ISIS cleverly exploited other important factors, including the resentment felt by Arab’s about their former colonial powers and, more importantly, Western imperialism.

In spite of its status as the birthplace of the Arab Spring, Tunisia, emerging as the only relative bright spot in the region, estimated to have exported the highest number of ISIS foreign fighters to ISIS’ self-defined caliphate in Libya, Iraq and Syria.

The country’s political progress was not matched by economic improvements. Unemployment in the country worsened after the revolutions, a trend that was replicated across the region.

Unemployment was one of the biggest factors for young Arab men joining ISIS. The inability of the state, after the “revolution”, to provide employment and opportunities, particularly for the youth, was exploited by ISIS.

Alongside economic factors, greater freedoms that emerged after the fall of Ben Ali’s regime gave ISIS a platform and enabled the group to recruit freely.

ISIS atrocities are therefore inherently bad because they result in the exploitation and murder of civilians. However, they are also problematic insofar as they provide conservative, secular critics of the Arab Spring with a justification against regime change. These critics often point to the rise of ISIS as an argument against the Arab Spring, failing to acknowledge the contributions of pre-Arab Spring rulers to the region’s weak and vulnerable infrastructure.

In the experience of Libya and Yemen, the power vacuum that followed the toppling of Gaddafi and Ali Abdullah Saleh equally created fertile ground for ISIS to exploit. Yemen, post-Saleh, has remained leaderless, politically fractured, and plagued by violence and sectarian strife.

It was against this backdrop that ISIS increased its presence in the south of the country, operating training camps and carrying out attacks on Shia, Houthi rebels.

Similarly, the domestic chaos that resulted from the fall of Gaddafi and resulting proxy wars between Saudi Arabia and Iran has created an ideal opportunity for ISIS to expand. Ungoverned spaces have enabled ISIS to recruit and plan attacks in the country. However, their ability to gain ground in the country has been somewhat restrained due to the well-established presence of AQAP.

The liberals and secularists predominately responsible for leading the Arab Spring now wonder if their revolution was to blame for the rise of ISIS and subsequent chaos. Others yearn nostalgically for the stability and security provided by the old regimes, but had these regimes addressed underlying issues that result in post-revolution chaos, ISIS may not have gained a foothold.

Equally, had these regimes transitioned slowly in the first instance, an Arab Spring would not have even been necessary.

Consequently, while ISIS in Iraq and Syria has largely been defeated, the possibility of another “Arab Spring” remains, with it the prospect of a similarly brutal terrorist organisation. Lessons for current Arab leaders?