Why a Jewish leader is standing for Tunisia’s Muslim party 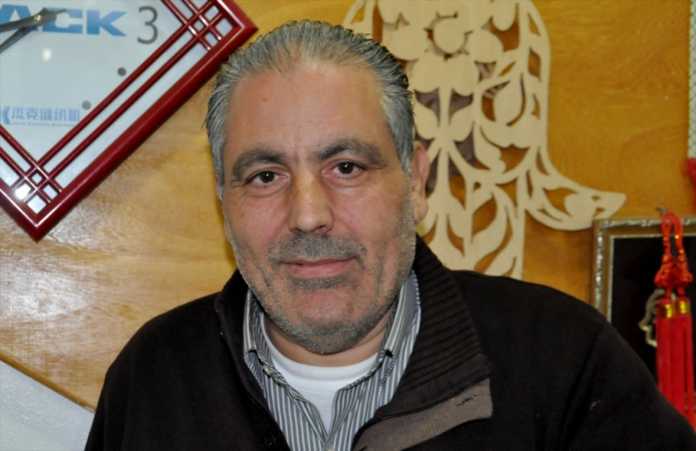 Why a Jewish leader is standing for Tuni ...

A Tunisian Jew, Simon Salama, has been selected as candidate for Tunisia’s leading Muslim party in the municipal elections in Monastir, south of Tunis. To some, this may appear as a continuation of the secularisation of Tunisia. To others, this appears to be a cheap political stunt in order to gain votes in a potential win-win scenario for the party.

Simon Salama, 55, is a sewing machine repairman from Monastir. He learnt his trade in Strasbourg, France, before coming home to run the family business. Salama, as one would expect, did not have the most prominent role as a public figure, however since the announcement by Ennahda that he will be standing for election, he has become a focal talking point in the nation.

The reason for this debate among Tunisians is because the party who are providing him with this platform, Ennahda (النهضة), are the leading Muslim party.

Ennahda movement was founded in 1981; inspired by The Muslim Brotherhood party in Egypt and the revolution which had taken place in Iran. After the overthrow of Zine El Abidine Ben Ali in 2011, the movement became a party and secured victory in Tunisia’s first free election.

Politically, it has been far from plain-sailing for the party. They have had to endure crisis after crisis, they have stepped down from power and they have returned under the banner of a coalition.

In 2014, the party came to a decision to not run for office. In many cases, Ennahda’s problems have stemmed from the accusations of secularists within the country who claim that the party are Islamising the country. This is highlighted by the success of Nidaa Tounes (نداء تونس), the secularist party whose founding leader, Beji Caid Essebsi, was elected president in 2014.

Due to the successes of secularism within the country, it can be seen that Ennahda are attempting to repair their image. They do not want to be seen as the radical Islamist party they have been branded as. In 2016, for example, the party announced that they were separating their political and religious work.

Rached Ghanoucchi declared at a rally:

“Ennahda has changed from an ideological movement engaged in the struggle for identity, to a protest movement against the authoritarian regime, and now to a national democratic party. We must keep religion far from political struggles.”

They are positioning themselves as a centre-right conservative party; akin to the Christian Democratic parties which we saw emerge from Europe after the second world war.

Following this, announcing the candidacy of Simon Salama to the municipal elections of Monastir, to many, has been seen as a shrewd political move.

Tunisia once held the largest Jewish community in North Africa. However, as the foundations of Israel began to take place, most Jews have either migrated to Israel or to France. Simon Salama, a Jew who has decided to return to Tunisia from France, does not believe that his religion bares any problems for him or the party.

“I wanted to show that Tunisia is certainly a Muslim country but does not segregate religiously among its citizens. My goal is to serve my city. I preferred to settle in Monastir instead of emigrating to France. I hope I can set an example for Jews to present their candidacies for the next election. I also call on Tunisian Jews to return to their country. They will be protected and they will have their rights like everyone else.”

Salama, despite his confidence, will be up against it in Monastir. In the 350 municipal districts, there are 57,000 candidates who are competing for 7,128 seats, highlighting the importance of these elections for Ennahda according to Bar’el. With there only being between 1,500 and 2,000 Jews in Tunisia, Salama is clearly lacking the backing of his religious network. Alternatively, maybe the liberal approach Ennahda have taken to these municipal elections will reap reward.

Opponents on the right argue that a Jewish man should not be a candidate for a Muslim party. Critics in the middle claim that this party is now technically a secular party and rather represents – in a paradoxical way – a lack of diverse political representation in Tunisia. Opponents on the left argue that this is a political stunt, with Ennahda knowing full well that Salama will lose.

Even if this is a political stunt, it is of my opinion that this “stunt” can only help the religious tensions existing within Tunisia. As Bar’el argues in his article, could you imagine the reaction if the ultra-orthodox Torah Judaism party selected an Arab Muslim candidate to stand in local elections? Whilst there has been anger among some, the general subdued reaction shows that Tunisia is currently in a good place when it comes to balancing its religious and political work.